Mercy is one of the most innovative hospitals in the United States and they have been on the leading edge of the technology adoption curve on a number of fronts from the deployment of EMR to managing their revenue cycle.

Developing clinical pathways is one of the complex problems in healthcare.  Finding a solution impacts everything from managing readmissions to improving population health.The reason that it does not get more attention is that no has been able to derive the types of insights required to develop robust, clinically sound pathways in any reasonable amount of time.

Here is their story.

In the summer of 2013 at the St. Louis headquarters of Mercy Health the leadership of the hospital decided to press restart on highly strategic clinical pathways initiative.  A clinical pathway is a list of the best practices associated with a particular type of care and it is critical to reducing care variation.

Traditionally, those pathways are developed by having committees look at the relevant medical literature and develop a recommended pathway. The problem was that Mercy’s doctors didn’t buy into the findings.  While committees of experts came up with the pathways, they still felt arbitrary to the practicing physicians either because their experience differed, they were taught differently or they questioned the sample size of the literature’s study.

While on a Silicon Valley technology tour in the spring of 2014 someone at Google suggested they look at Ayasdi. We gladly accepted their request for a visit and presented a concept of using Mercy’s own data, not the literature to develop the best practices. This immediately struck a chord with the leadership.

The reason was, unlike many hospital systems, they actually had the data.

As one of the most technologically advanced hospitals in the country they had already completed the implementation of an Electronic Healthcare Record system.  Led by the COO, Vance Moore (who has all IT functions) the leadership was committed to using technology to help them navigate the healthcare transitions that were underway.

Ayasdi’s machine intelligence method rapidly cut through the noise and variation associated with developing clinical pathways, while inferring the best series of steps.

Underpinning the machine intelligence is Topological Data Analysis (TDA). TDA acts as a meta-machine learning layer, combining algorithms from computational biology and other disciplines, which in turn allowed Mercy to get a handle on EMR data that has tens of thousands of features that vary over time. 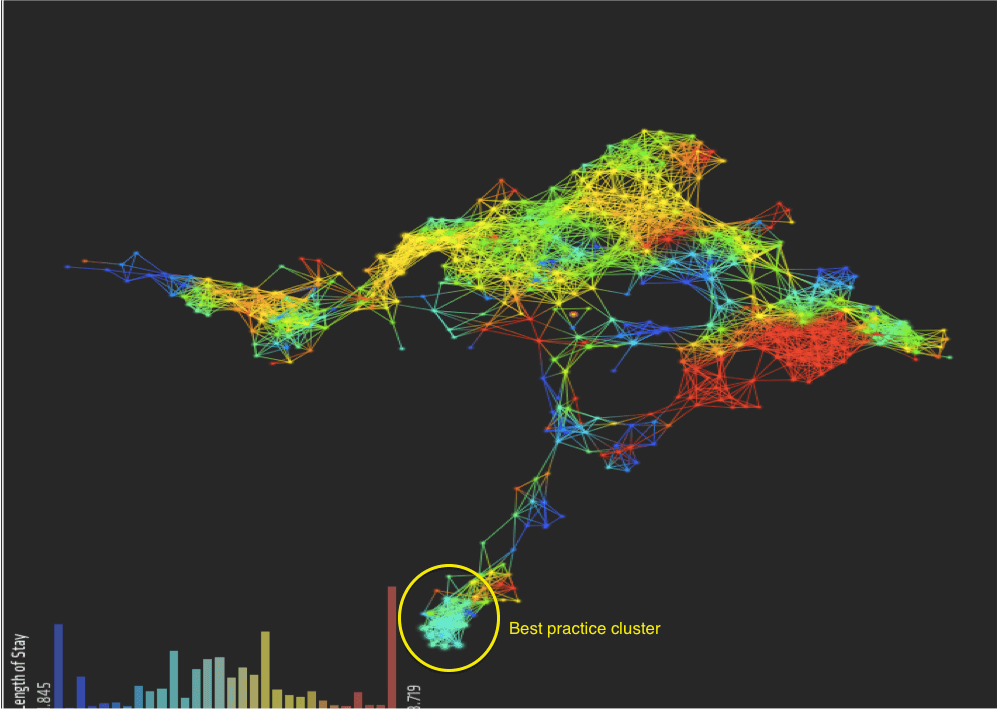 Once that data was segmented, it was possible to adapt other methods from biology and signals processing to the problem of determining optimal outcomes. It was also possible to link predictive machine learning methods like regression or classification to perform real-time carepath editing.

What this means is that any proposed carepath can be immediately optimized further based on the current situation as determined by the physician.

Ayasdi software found an innovative way of performing total knee replacement surgery.  It was being performed by a small group of doctors less than 100 miles from Mercy HQ.  They were administering a drug called pregabalin (trade name Lyrica) pre and post surgery.  The use of pregabalin was completely novel and served as a neuropathic pain agent, resulting in less opiates post surgery.

This single procedure was worth over $1M per year for Mercy in direct costs.

Based on the other procedures piloted (gall bladder removal and lumbar fusion) the business case projected over $100M in savings over three years.

Now began the hard work of translating these findings into an operational workflow that Mercy could deploy. This step is what differentiates both Mercy and Ayasdi from other technology partners.

It would have been easy to turn this into a “services” engagement and have Ayasdi develop a bunch of carepaths for Mercy. This would have delivered significant, if temporal value by creating a one-time recipe for hip replacement or rotator cuff surgery.

Mercy took the long view, opting instead to develop a system that would constantly “learn” from the data that flowed into the billing and EHR systems every day. 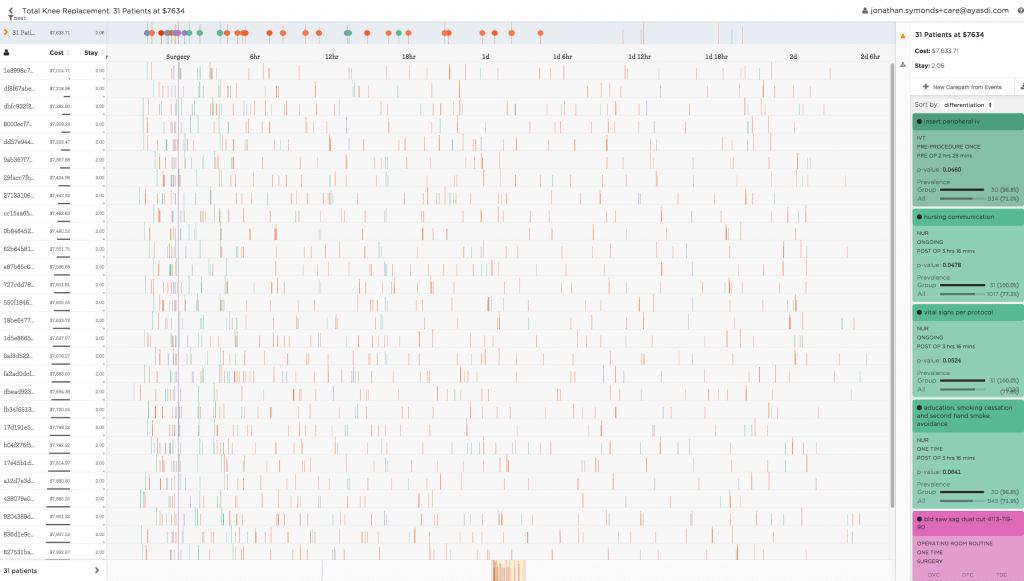 With this approach, the carepaths would reflect the latest data, the emerging knowledge and the changing population. The system would also support only the fly modifications to the carepath to accommodate what the doctor or nurse felt was in the best interest of the patient and their care.

Further, with this approach, Mercy could measure adherence more comprehensively, working with doctors to understand why they were varying from the carepath. 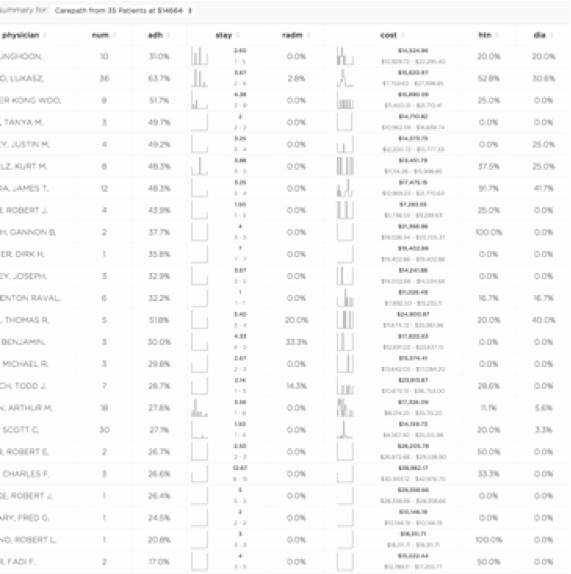 That is the story. It is still being written. We expect that there are many more chapters. Still, it is an impressive achievement to a real hard problem that disproportionately benefits Mercy’s patients and while Computerworld’s Data+ recognition is nice, that is the best reward.